What is stevia?
Stevia rebaudiana is a shrub native to South America. Its leaves have been used there for centuries to sweeten beverages. It is also an approved food additive in other countries, including Japan, Brazil, and China.

In the U.S., stevia products were long sold as dietary supplements — but not as a food additives or ingredients — because of safety concerns. In 2008, the FDA stated that the use of a refined stevia preparation called Rebiana is “generally recognized as safe,” and can be used as a food ingredient. Products include, Good & Sweet, PureVia, Reb A, SweetLeaf Stevia Sweetener, Sun Crystals (which combines stevia and sugar), and Truvia.

Fresh stevia leaves can be found at many farmers markets. The FDA now also allows certain refined stevia preparations to be used in food and drinks.

What does it taste like?
Stevia-based sweeteners have zero calories, yet are as much as 200 times sweeter than sucrose (table sugar). Some products may have a bitter taste.

Are stevia sweeteners artificial?
“I think that the FDA didn’t require good-enough testing,” Michael F. Jacobson, PhD, executive director of the nonprofit Center for Science in the Public Interest (CSPI), says in an email to WebMD. “That said, [Rebiana] is probably safe.”

In April 2010, the European Food Safety Authority (EFSA) announced that studies showed no risk of toxicity from highly purified stevia sweeteners. The CSPI still argues that more testing of these products is warranted.

Can stevia sweeteners be used in baking?
Yes, they can. Many product web sites have conversion charts to help.

Aspartame
What is it: Two amino acids, aspartic acid and phenylalanine; and methanol. Brand names are Equal and NutraSweet.
How it’s used: Equal tabletop sweetener, diet soft drinks such as Diet Coke and Diet Pepsi, some sugar-free desserts, including gelatin desserts, yogurt, and puddings.
Advantages: Tastes similar to sugar. Enhances sweet flavors, especially fruit flavors.
Drawbacks: Should not be consumed by people with phenylketonuria (PKU). Controversy continues about whether aspartame is linked to increased cancer rates. Government agencies say it is safe. A recent study from an Italian cancer institute found more lymphomas and leukemia in rats fed very large amounts of aspartame. The CSPI recommends avoiding it.

Saccharin
What is it: Benzoic sulfinide.
How it’s used: Sweet’N Low tabletop sweetener, Tab diet cola, salad dressings, baked goods, canned fruit.
Advantages: Less expensive than other artificial sweeteners. Stable at high temperatures, so can be used for baking. Passes through the body unaltered.
Drawbacks: After studies in the early 1970s linked saccharin consumption to bladder cancer in rats, all food containing saccharin was required to carry a warning label. But studies in humans showed no consistent evidence that saccharin causes bladder cancer, according to the National Cancer Institute. The warning label is no longer required. The CSPI advises avoiding saccharin because of studies that link it to cancer in rodents.

Acesulfame-K, or Ace-K
What is it: Acetoacetic acid and the mineral potassium.
How it’s used: Usually in gums, confections, cough drops, and carbonated and alcoholic beverages, often in combination with another sweetener. Also sold as Sunett or Sweet One.
Advantages: Extends shelf life of diet drinks. Can be used for cooking and baking. Not metabolized or absorbed by the body.
Drawbacks: Government health agencies say it is safe. The CSPI advises avoiding it and has asked the FDA to require more tests. Can taste bitter on its own; better tasting when blended with other sweeteners.

Sucralose
What is it: A sugar molecule chemically altered by replacing three hydroxyl groups with three atoms of chlorine.
How it’s used: Splenda tabletop sweetener and baking products. Also in yogurt, fruit juices, ice cream, dairy products, some diet beverages, and flavored waters, sometimes combined with Ace-K.
Advantages: Consumer groups have not raised the safety concerns with sucralose that they have with other sweeteners. Can be used in baked goods more readily than other artificial sweeteners. No effect on blood sugar levels.
Drawbacks: Although better suited for baking than other artificial sweeteners, it’s still not a perfect substitute for sugar.

Neotame
What is it: A derivative of a combination of two amino acids: aspartic acid and phenylalanine.
How it’s used: Sweetener and flavor enhancer for other ingredients, such as mint. In some store-brand juices and gums.
Advantages: More stable than aspartame, meaning a better fit for baked goods. Although it shares some ingredients with aspartame, neotame has not prompted the same safety concerns with consumer groups. It does not carry a warning label for people with PKU.
Drawbacks: Rarely used.

Stevia
What is it: Extract from the stevia plant.
How it’s used: Dietary supplement and tabletop sweetener.
Advantages: Less is more. Stevia is much sweeter than sugar, so less is needed. It is an option for people with diabetes as it does not affect blood sugar levels.
Drawbacks: Some extracts have a bitter taste. It is billed as “natural,” but technically is processed.

Nothing in this document is intended as a substitute for your doctor’s diagnosis and/or treatment. This statement has not been evaluated by the FDA. 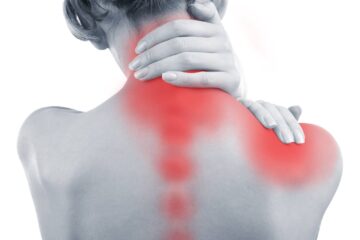 Nerve Pain: not fun but solutions do exist

Before we begin, it is likely best to define some basic terms involved with these various types of seemingly mystifying pain.  Obviously, many forms of nerve pain may exist; what follows are some basics of Read more… 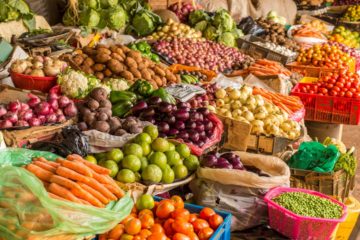 The usefulness of Five Element Theory

One very important concept in Oriental Medicine is Five Element theory, which describes basic elements (fire, earth, metal, water, and wood) in the body and the inter-relationships of those elements similar to those same elements Read more… 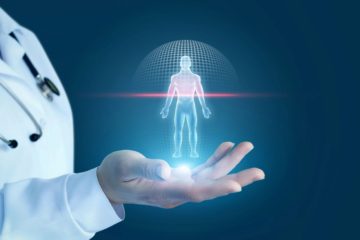 Both similar to and uniquely different than perspectives of the organs in Western Medicine, the body’s organ system in Oriental Medicine comprises the glandular system, the Lungs, the Large Intestine, the Stomach, the Spleen/Pancreatic system, Read more…